Your message has been sent.

Thank you!
Oops! Something went wrong while submitting the form.

Lois Alexander (United States, 1991) is a choreographer, director, and dancer.  She graduated from The Juilliard School with a Bachelor of Fine Arts in Dance in 2014.  Since then she has worked in Europe and currently lives in Berlin and works between Germany and the Netherlands.

Lois understands choreography as a medium to enter living images to de-code and re-create from the inside out through the materiality of the body time and space. Her performances act as a place for pluralities of images and their meanings to converge. Her research is rooted in intersectionality, power, and gender, and focuses on interdependent modes of producing artistic expression.

Lois is inspired by what Tina Campt describes as ‘textured identities’ and hopes to use the embodied nature of dance and performance to articulate an in-between, migratory state from black feminist perspectives.

In 2020 she presented her first solo Neptune, which was selected by Aerowaves 2021 and toured internationally.  Neptune is supported by Amsterdams Fonds voor de Kunst and is a co-production of ICK Artist Space (NL) and Sophiensäle Berlin (DE).

Through the intersection of dance, visual art and sound, Neptune creates a universe that triggers the imagination to form new modes of existence.  Water with its three states – solid, liquid, gas – and transformational qualities are the points of departure to reflect on Lois’ position as a woman situated at the margins in dominant paradigms. Surrounded by melting blocks of ice, she examines the social structures that continue to affect women of color and rewrites the narrative from her own perspective. Lois has received the Young Arts Amsterdam Award in 2020 for her performance in Neptune.

In 2021, Lois made two works for the screen: Black Venus and Yeye.  Black Venus was commissioned by MM Praxis in the frame of Ecology of Attention and investigates Afro-Diasporic spirituality, motherhood and reckoning with an absence of kin. Her body is a point of connection to  “reclaim a lost or unknown homeland(s) and fill an absence of kin. With this research, she explored intergenerational trauma and the healing practice to reclaim ancestral and embodied knowledge.

Yeye is a hybrid dance performance and film, supported by the Berlin Senate for Culture and Europe and is in co-production with Sophiensaele. The work explores the afterlife of slavery and the reverberations on our present, manipulating images and creating collages of juxtapositions.  Yeye had its filmpremiere in Hackesche Höfe Kino Berlin.

In 2022, Lois is the recipient of a cultural exchange grant from the Berlin Senate for Culture and Europe and the Fonds Darstellende Kunst stipendium Take Heart for a new project to take place with Future of Dance Company in Lagos, Nigeria. In the coming year Lois has also been selected as a resident artist at Rote Fabrik (CH) and Djerassi (USA).

Yeye is a deep reckoning of a modern era that is entangled with colonial histories, mothers and the ocean. 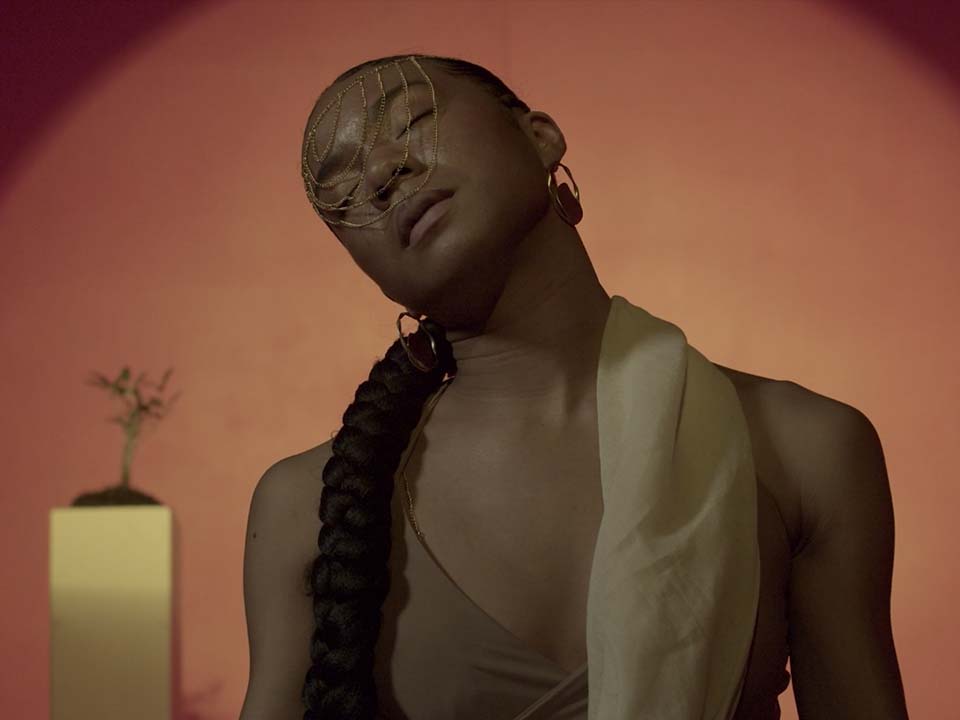 A Production by Lois Alexander (2020)

Neptune is a reclamation of black female gaze and sexuality that uses the stages of water as an impulse for interdisciplinary collaboration. 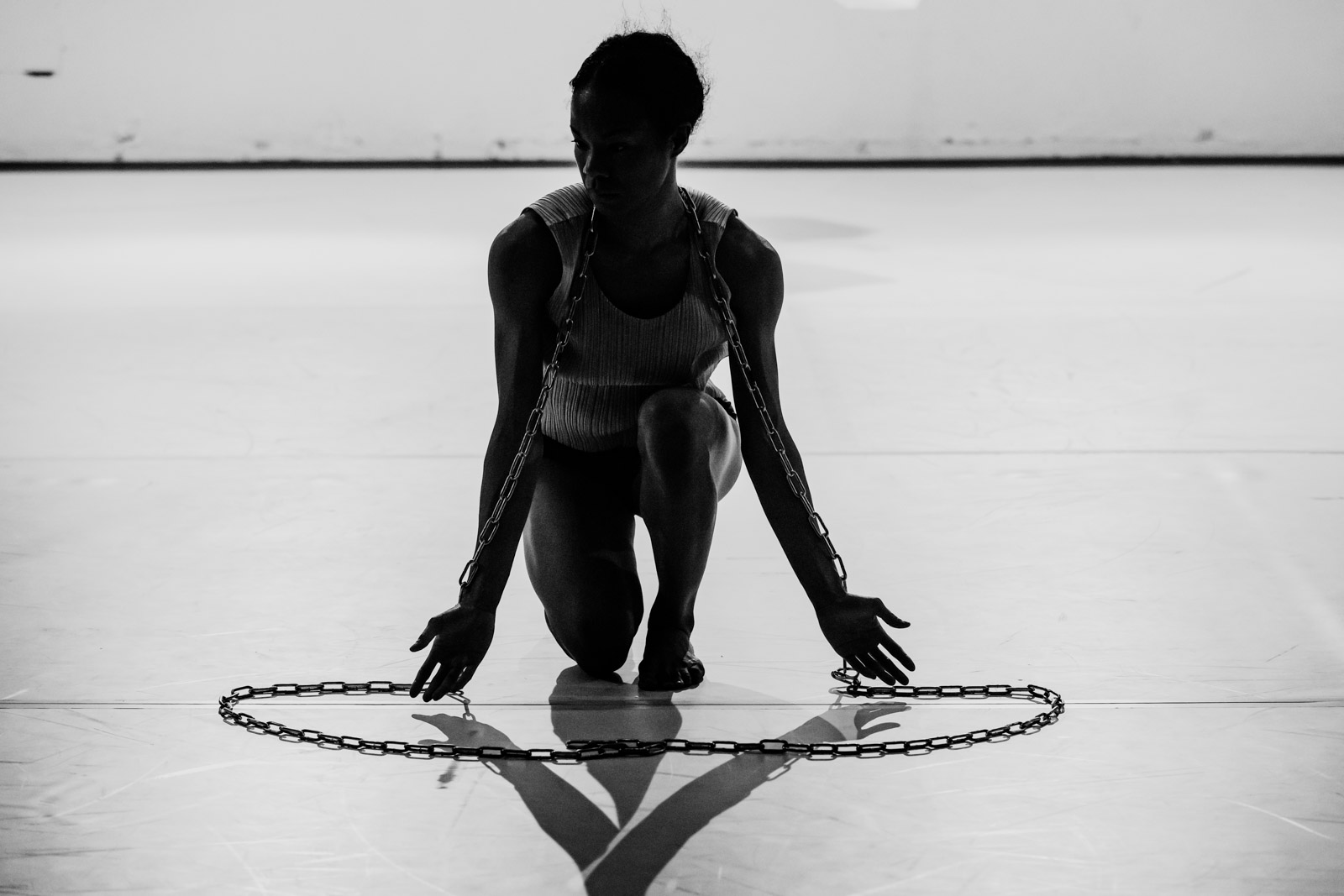 A Collaboration and Exchange (2022)

Bodies of Water is a film that follows the Yoruba saying, "Omi Leyan",  meaning, "humans are water" and explores the ancient mother Yemoja through imagery and dance. 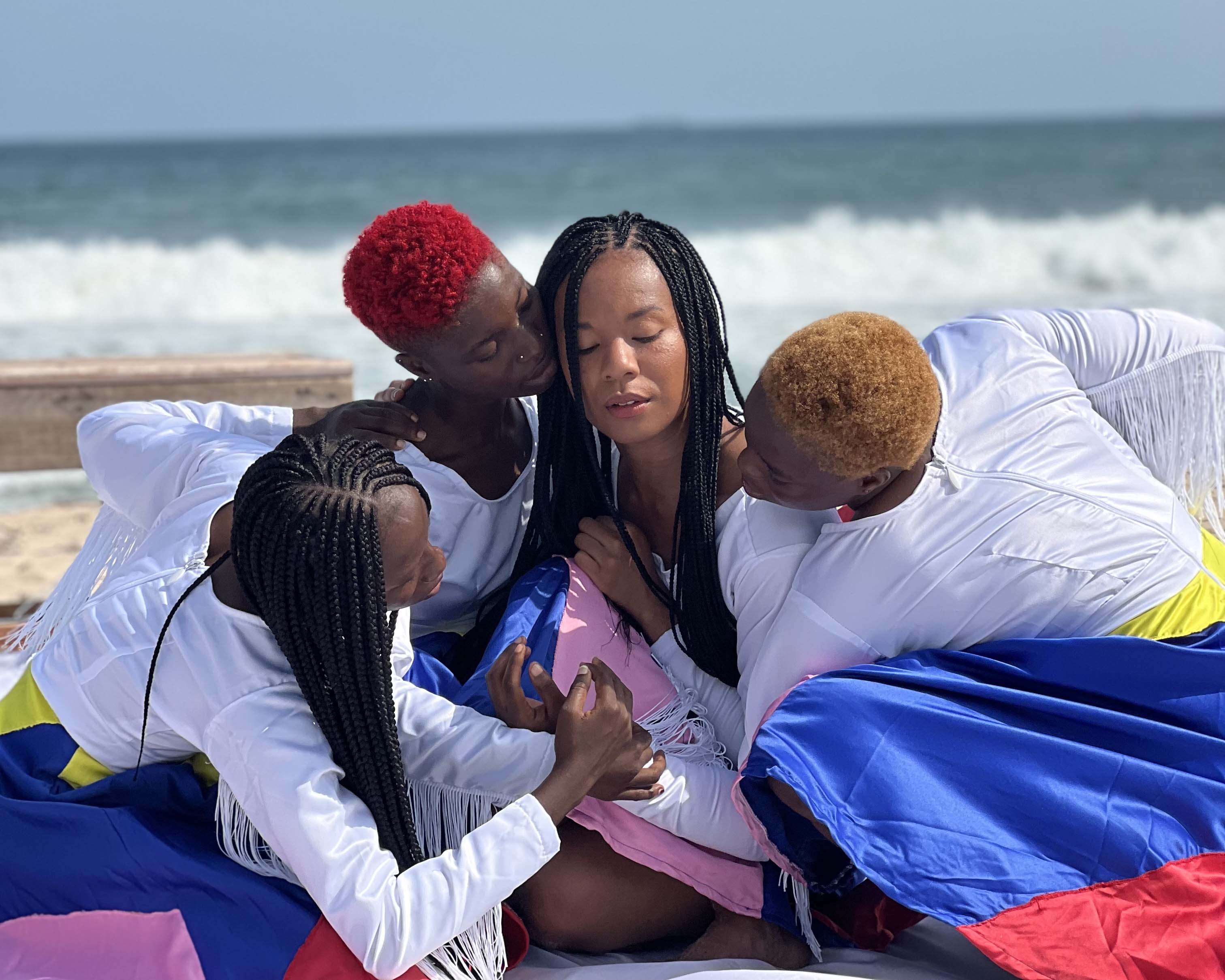 Untitled is a research and collaboration with Grégoire Simon that reconfigures and reconstructs a composition by Maurice Ravel. 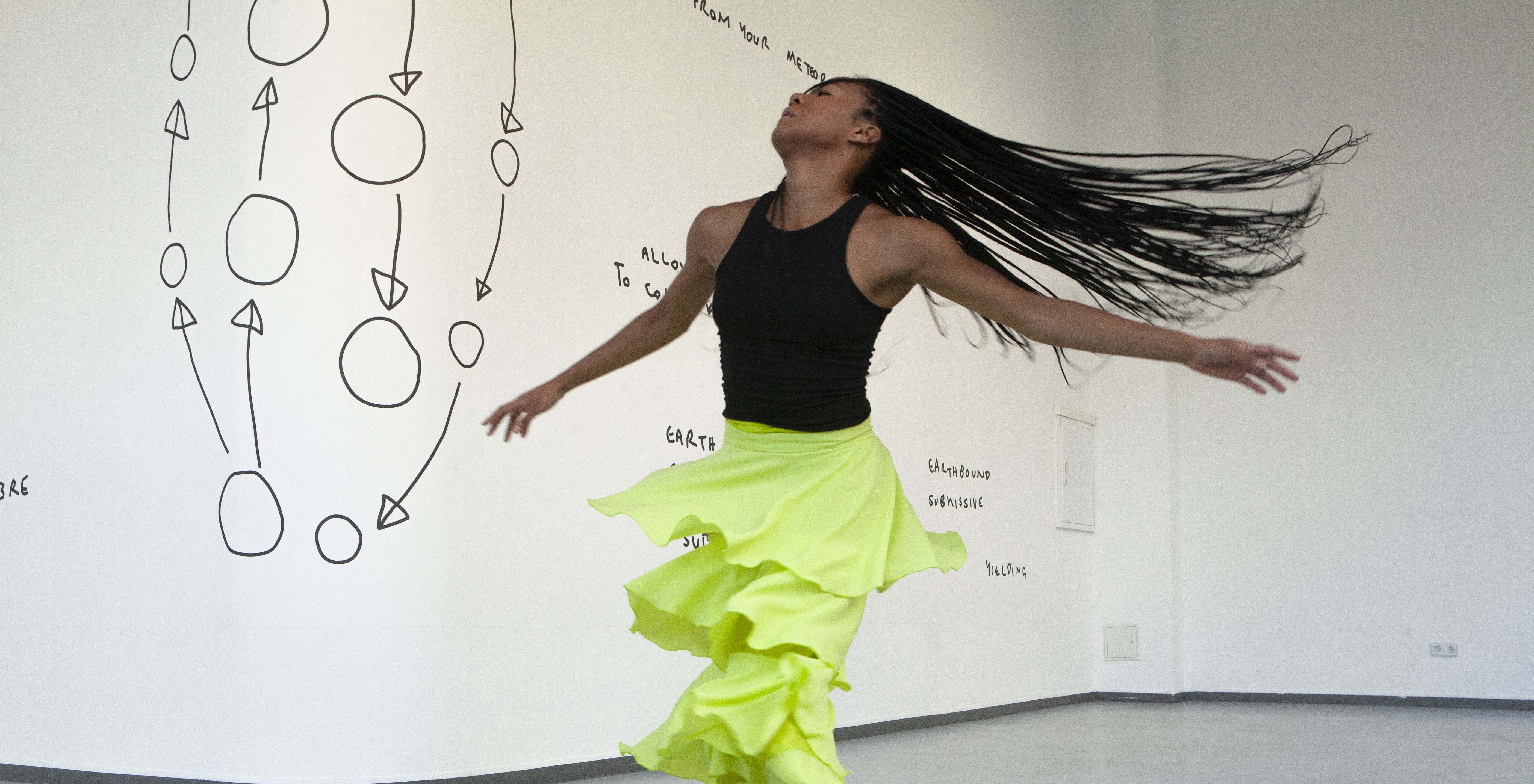 A Production by Lois Alexander (2021)

Black Venus is a research and dance film that inverts the Venus figure in popular culture and mythology. 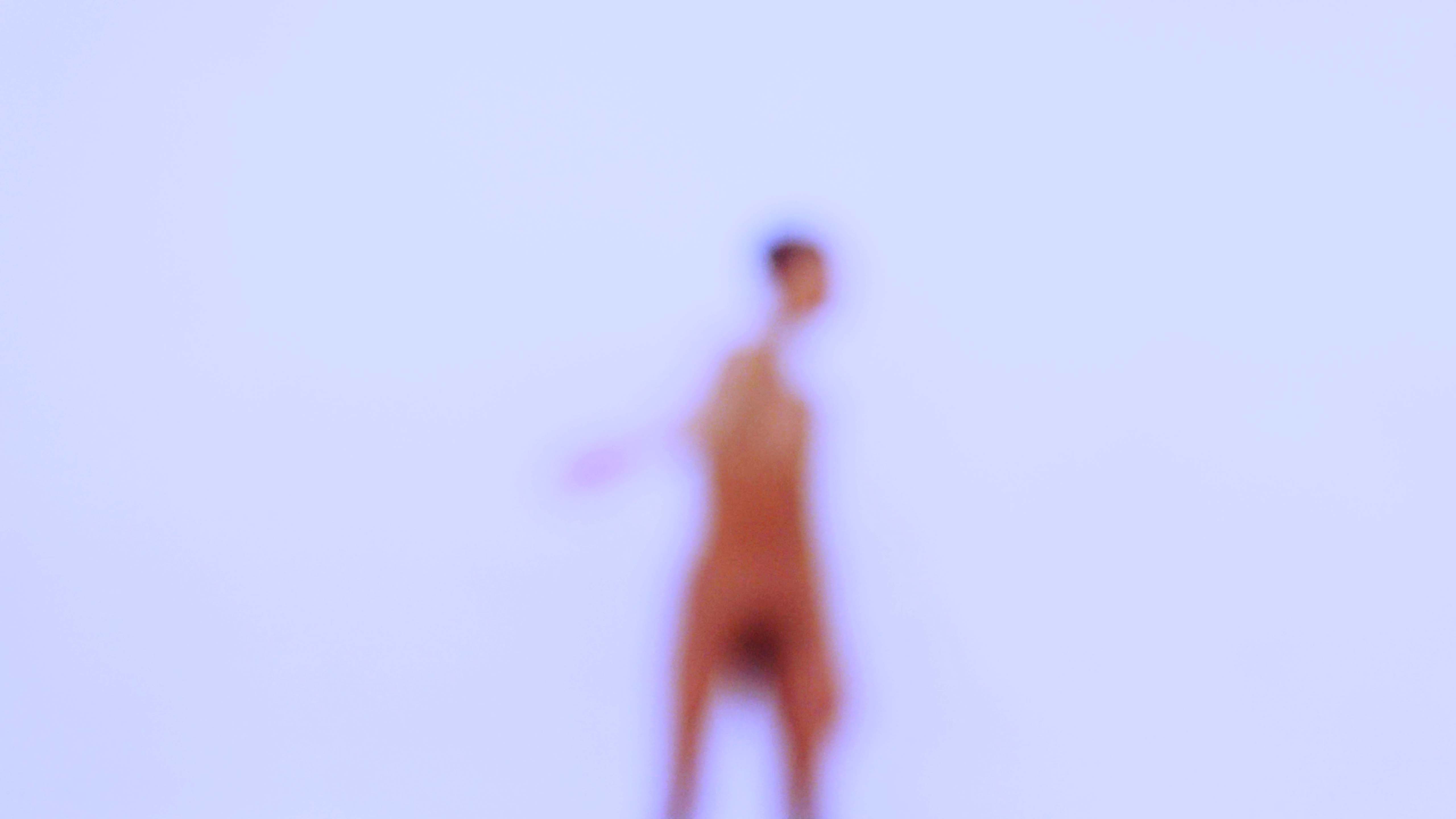